In every industry, there is a means of support for big machinery that performs a specific function or in the case of this blog, assists an aircraft on to the tarmac. While these pieces of equipment are important, they are often undervalued. The term used for the machinery used in airports and on the tarmacs are called Ground Support Equipment (GSE); they come in a variety of different forms and perform different tasks. This blog will be focusing on aircraft tugs and the many different sorts that are available for different types of aircraft.

Aircraft tugs are the little motor vehicles that are used to move airplanes out of their parked state and get them ready for take-off. As stated above, there are different sorts of tugs that are used for different aircraft; depending on what sort of airline business you are in, there are different types of GSE vehicles that can suit your airport. If you are interested in knowing what is available to you, continue reading because we will touch upon the different tugs for different aircraft as well as the many benefits they provide aviation companies.

To begin, these vehicles are one of those mandatory instruments that must be used in order to have a successful aviation business. It is important to know the type of aircraft you intended to purchase these pieces for as the tugs have to be the right fit for the aircraft. Here are the different types of tugs:

Seeming somewhat unlikely, the easiest way to move small sporting airplanes and other lightweight aircraft is by using your bare hands and some elbow grease. Sporting airplanes are light enough to be pushed by hand. But if this seems a little too labor intensive for you, then you should invest in a light airplane tug which works like a dolly. You simply adjust the tug onto the front wheel of the aircraft and just pull. It is easy to maneuver because the aircraft is supported by wheels, that is why some recommend just pulling with your arms and hands. These manual tugs are small and easy to pick and adjust because they are made of aluminum which makes them ideal for small aircraft.

These pull-tugs were proven useful but there was an immediate problem when you come face to face with a standard passenger airplane. The aircraft became too big to pull by hand and so, the innovation of the tug changed to complement the new design. Engine powered tugs capable of pulling heavy aircraft were designed to effortlessly and efficiently move aircraft onto the tarmac.

They work similarly to the pull tow bar tug, as in the pull bar is attached to the tip of the plane, however, it is pulled by the engine-powered tug which now resembles more of a kart than a dolly.

The piece of equipment mentioned above has actually become obsolete mostly because newer innovations in aircraft tugs can move aircraft faster in a shorter amount of time. The towbar also became an obsolete instrument as well; it has been abandoned by airline companies for a new innovation which is far more sophisticated.

The barless tow tug uses a different method of moving large aircraft and positioning them on their designated areas on the tarmac. Using a hydraulic innovation, the front tip of the plane is lifted and mounted onto the tug, where it is then driven into position. This is a far more convenient means of mounting heavy aircraft onto tugs. It has been proven to be far quicker; able to load more aircraft at a faster rate than previous methods.

The barless-tow tug was seen as a revolutionary innovation, but the idea was progressed and improved for more convenient use. A remote-controlled tug was invented to make this job even easier. It was noted that previous fossil fuel powered tugs took too many resources to do the job. As there has been a rising concern for environmental safety, aviation companies didn’t want more vehicles consuming fossil fuels. Airplanes already use a diesel-like fuel called unleaded kerosene, therefore, remote controlled tugs are a convenient alternative to gas-powered tugs.

As mentioned above, the excessive use of fuel in airports became a growing concern for many airline companies. For this very reason, many of the previous iterations of aircraft tugs are slowly becoming obsolete because there have been newer innovations in ground support equipment that perform their job faster while using less and less fossil fuels for power.

You can’t run a private airstrip or commercial airport without ground support equipment, especially airplanes tugs. These are very efficient pieces of equipment that perform an important task for the airline. Depending on what sort of airplanes you employ or are driving, there are different tugs which assist in moving airplanes. They do not drive like cars, they need to be guided onto the tarmac so they can lift-off.

For sport or light planes, you can just simply move the plane by hand. But for commercial or heavy-weight airliners, you may need some assistance. No matter the size of your aircraft, you have a variety of airplane tugs to choose from. Once upon a time, airports used towbar tugs to move the airplanes. This method has become obsolete with the innovation of gas-powered tow-barless tugs that use hydraulics to move the plane into place. With mounting concerns for pollution and the planet, new and ecologically-friendly means of moving airplanes have been created. The realm of GSE continues to evolve, however, their importance cannot be overstated.

The invention of remote-controlled electric tugs have taken the airline business by storm; these tugs not only perform the task they have been designed to do just as quickly as previous methods, but they do it without contributing to excessive consumption of fossil fuels and air pollution, which is a great benefit to your company as well as the environment. 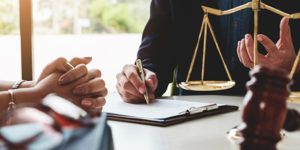