The linear economic model could be coming to an end and let the circular economy come in. For some time now, projects that encourage the recycling process have been tried, but most countries are not yet ready to take it as a way of life, as in the case of Japan, where recycling already represents a practice by 85% on the part of its population.

“The essence of its origin is to repair and regenerate products so that they maintain their usefulness and value at all times. ”

Gutemberg Dos Santos, important promoter of the Blockchain technology, tells us the following: “If we want to continue advancing in practices for sustainability and environmental sustainability, many institutions should start by analyzing and implementing processes that lead to a circular economy.” The essence of its origin is to repair and regenerate, so that the products, components and resources in general so that they maintain their usefulness and value at all times. ”

To address this issue we consulted Gutemberg Dos Santos, a specialist in digital economy and promoter of blockchain technology and sustainable projects. “The current model of production and consumption in the short term is taking the planet to an unsustainable situation. The current economic system is outside the life cycle of nature and contrasts with sustainable development. The big monopolies have imposed on us the cycle of producing, using and throwing. ”

The circular economy brings a surprising positive social and economic impact, and even more so if it is accompanied by blockchain technology as Gutemberg Dos Santos referred. “This disruptive system has already been adopted by several sectors and institutions which are making multimillionaire investments to implement this system in different branches of the economy. Now if we can match this technology with the circular economy we will have at hand the only possible alternative for the sustainability of the planet “The potential that blockchain technology has in the reinvention of new sustainable alternatives is unimaginable.

“The circular economy emerged more than 3 decades ago, but with the presence and rapid acceleration of blockchain, it would be a faithful ally to boost this economy and see results in less time.”

Gutemberg Dos Santos mentioned that the circular economy emerged more than 3 decades ago, but with the presence and rapid acceleration of blockchain, it would be a faithful ally to boost this economy and see results in less time.

“The blockchain technology has the ability to make immutable records to ensure the origin of resources and raw materials, the proper use of renewable energy, and record the processes for the creation of products or services until their return to be reusable. This is the great contribution that blockchain would give to the circular economy, and likewise each product would be marked to follow up on its social and environmental impact behind its use ”

The business models based on the circular economy are mainly focused on extending the life of the products to the maximum, which would encourage the repair and reuse service, directed mostly to electrical and electronic devices. Although there are many technical and biological areas in which it can be implemented.

“If this economic model grows, many companies would become aware to dismiss their production method based on programmed obsolescence.”

This term has given much to talk about, it is a technological strategy from companies to force consumers to get rid of their devices after their time of life programmed by the same company, with which the consumer loses the freedom to choose when to replace a product. Gutemberg referred a true example of this “Cell phones, despite their good design and quality of their materials for long durability, their operating system becomes obsolete after a while, because the company decides when to

update its operating system, otherwise, it is no longer possible for the consumer to use their device 100% and optimally “.

Seen from this perspective we can deduce that the worst enemy of the circular economy is actually the programmed obsolescence used by most of the technological market. But undoubtedly its faithful ally is and will be the most revolutionary technology of all time, the blockchain system. 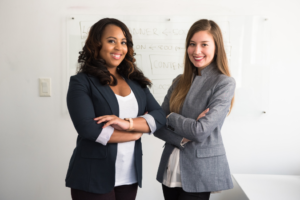 7 Tips To Achieve A Positive Mindset 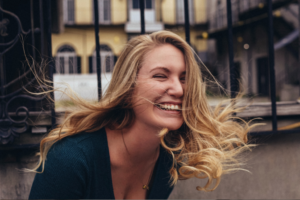 8 Tips To Increase Your Personal Productivity 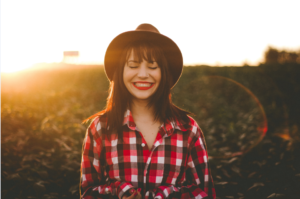 7 Tips For A Better Stress Management