Have you ever noticed how easy it is to date a photo by how people wear their hair? It’s one of the first things we see when we look at old photos or watch an old movie. Our hairstyles shape our faces, show our personality and create a special look for us. A particular hairstyle in an old photo will immediately determine the decade. Today, we are often looking back at old hairstyles and want to revive them. Old hairstyles are becoming popular and a lot of people ask their hair stylist in Miami for a similar one. But how did they all evolve? How did they change over time? Let’s take a look at this short history of hairstyles.

In Ancient Egypt, your hairstyle was almost always a reflection of your wealth and social class. Both women and men had their hair cut to their shoulders. In some cases, men had clean-shaven heads, especially when young. Boys, for instance, had their heads clean-shaven except for a small curl on the side of the head, called the “lock of youth”. This symbolized their age. On the other hand, young girls had braids, plaits or ponytails. Some older wealthy Egyptians wore wigs to hide their lack of hair or their grayness. The wigs also protected them from sun damage. Even now, braids are quite common and you get one in any hair salon in Miami.

Ancient Greeks had very different hairstyles when compared to Egyptians. They wore their hair long and pulled back in a chignon style. Braids were very common and many Greeks fixed the hair to their head. Decoration was common: flowers, ribbons, pieces of metal and headbands were very popular. A lot of Greek women used to dye their hair blond or red. Wealthy Greeks used to sprinkle gold powder in their hair, especially when preparing for special events. Men had short hair and would often wear beards (except if they were soldiers – beards were illegal for soldiers).

In Ancient Rome, your hairstyle was the expression of your social class and wealth. Young girls often wore a simple bun, but wealthy adult women wore intricate and very complex hairstyles. These showed that the woman could afford to spend money and time on their hairstyles. It also indicated how attractive and wealthy she was. False hairpieces were common, decoration with pearls, jewelry, gold dust, flower, and bands were very popular. Braids, knots, ringlets and other details were also often used. Braids are common even today and any hair stylist in Miami can help you get one.

Chinese hairstyles varied depending on whether the woman was married or not. Unmarried women and girls wore their hair very long, as it was considered disrespectful to cut their hair (it was considered a gift received from their ancestors). Once they were married, they tied up their hair in a bob, thus showing their status as a married woman. Often, many older Chinese women used a hairpiece, named Buyao (transliterated as “shake as you go”).

Over the centuries, Japanese hairstyles were quite different when compared to the Chinese. Around the 7th century, Japanese noblewomen wore their hair up on their heads with a sickle-shaped ponytail called kepatsu. However, this changed after almost 700 years, and in 1345, fashion changed. The hairstyles changed and women wore their hair long and unbound, as a sign of youth and beauty. During the Edo period (1603-1868), the hairstyles evolved once again, and elaborate hairstyles wore popular. Decoration was made with ribbons, flowers, combs and hair sticks. Ask your hair stylist in Miami for decoration ideas for your hairstyle!

Japanese hairstyles evolved a lot after 1900, and ribbons became even more popular but also sticks placed at the back of the head. The “box shimada” was a popular hairstyle in the early 1900s in Japan (it featured hair looped on the top of the head, similar to a projected box). Japanese men wore their hair in a similar fashion to Chinese men; pulled back in a ponytail, with their front area shaved. The wrestler hairstyle was also common (also known as the samurai haircut, with the top of the head shaved).

During the Middle Ages, from the 5th century to the 15th century, Western Europe was dominated by a Catholic Alliance and Germanic tribes were the leading forces. The Germanic tribes brought new customs to the area and the old Roman hairstyles were quickly out of fashion. The German hairstyles were simple. Men often wore their hair tied in a ponytail and had full beards. Leaders often wore their hair tied in a knot on the top of their head to appear more intimidating. Poor men wore their hair short and beards were often short. Men from the middle classes wore their hair down with a part in the middle and had well-kept beards. Any good hair salon in Miami can help you have a well-kept beard.

Women had simple hairstyles, according to the religious customs which said that hair was erotic and belonged to their husbands. Consequently, most women had a simple hairstyle, their hair was long and tied in a ponytail. Many women wore veils during the Middle Ages. During hotter days, the hair was worn in a chignon. Braids became popular during the 13th and 14th century and women decorated their hair with ornaments and nets. Braids were made near the forehead and on the top of the head. Married women wore their hair with veils, hats, hairnets, and barbettes to add elegance to their hairstyles. During the Renaissance, women often plucked out the hair in the front to make the forehead seem a little higher. Elaborate hair pieces were common for wealthier women during this period. Braids were common and many women used intertwined braids to make them look more exciting. This was especially popular during special events, like weddings and parties. Make sure to visit a hair salon in Miami before going to a special event, like a wedding or a party! 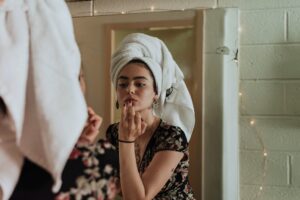 How beauty products impact our mind 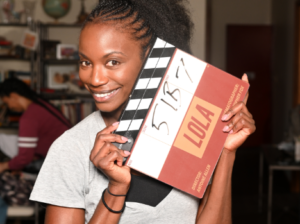 LOLA- A Must Watch Movie Of The Current Time 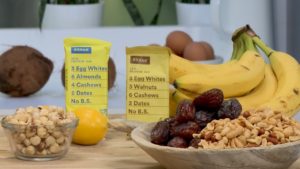